Our mission is to protect and restore the marine environments of East Jefferson County by raising community awareness of issues and generating support for Northwest Straits Commission (NWSC) programs and activities.

We are one of seven Marine Resources Committees (MRCs) in the Northern Puget Sound region that were formed in 1998 under the Northwest Straits Marine Conservation Initiative. This Congressional initiative founded the NWSC, which was tasked with improving the overall health of the Northwest Straits ecosystem by developing and proposing scientifically-sound recommendations to decision-makers. The MRCs were created to provide local input to the NWSC, which in turn provides MRCs with scientific, technical, and financial assistance.

We are a citizen-based, volunteer committee appointed by Jefferson County Board of Commissioners. Our members come from the fishing, boating, aquaculture, environmental, marine education, tribal, and government communities. We serve the County in strictly an advisory capacity, having no regulatory or enforcement responsibilities.

Our goal is to promote an ethic of stewardship, support science-based projects, and work in partnership with other groups involved with preserving and conserving the Puget Sound and greater Salish Sea. 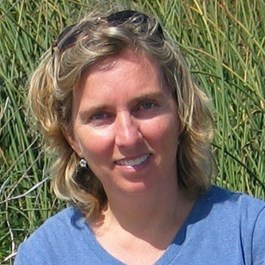 Jefferson County has 254 miles of marine shoreline, including a wild, rocky stretch on the northern outer coast, between Clallam and Grays Harbor Counties. This MRC’s efforts are focused on the County’s shorelines in eastern Strait of Juan de Fuca, Admiralty Inlet and northern Hood Canal, where most of the County’s 30,000 people live.

Port Townsend, the county seat and largest city with nearly 9,000 residents, has a vibrant marine trades economy, with nationally-renowned shipwrights, sail makers and riggers, systems/fabrication experts and marine industrial firms. It is home to the Northwest Maritime Center, a variety of marine science and maritime education programs, and the Wooden Boat Festival, which draws 35,000 visitors annually. 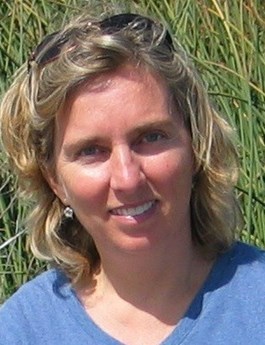 Judy Surber is the Shoreline Administrator and Planning Manager with the City of Port Townsend Planning Department.   As a planner in a small town, Judy handles subdivisions, conditional use permits, and shoreline permits, but her real passion is facilitating public process and building consensus.  As project manager for the City’s shoreline master program (SMP) update, Judy worked with a broad range of stakeholders over several years.  In May 2006, this SMP update received a Merit Award from the American Planning Association and the Planning Association of Washington.  She also assisted the Alternative Electric Management Committee as they examined the feasibility of a public electric utility.

Judy has served on the Jefferson County Marine Resources Committee since 2001. She spent several years as Chair and as lead on the MRC’s voluntary no-anchor zone projects. Her current interests include kayaking and exploring the local trails on foot, mountain bike and horseback. 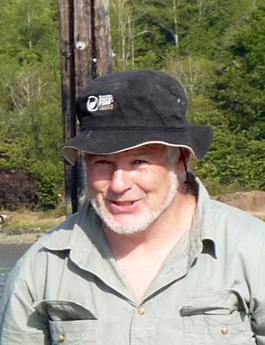 Gordon King is a Kiwi (New Zealander) who has lived in Jefferson County with his wife and two children for 22 years. Gordon received a BS in biology from the University of Canterbury and has been a marine farmer since 1982. His main focus has been the suspension culture of mussels both here in Washington State and in the Marlborough Sounds of New Zealand.  He also set up and managed a salmon net pen farm in Stewart Is. New Zealand and helped in the development of a black pearl farm on Vanua Levu, Fiji.  Understanding how to integrate sustainable high quality food production with the preservation of our environment remains his mission and career.  Gordon has been on or in the ocean most days of his life and appreciates the wonder and value it provides to people in general. 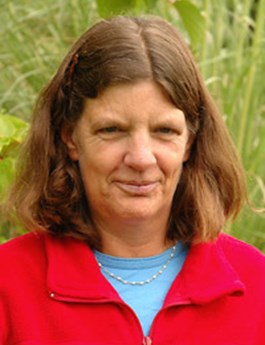 Sarah is a new JCMRC member from District 3.  She is a Continuing Education Coordinator with WA SeaGrant, splitting her time between Seattle and Port Townsend.  She has a background in both commercial fisheries and recreational boating, having spent time on a factory trawler in the Bering Sea, purse-seining in SE Alaska, and sailing on her own boat for over 27 years.  She currently coordinates WA SeaGrant's marine technology workshops for commercial fishermen and recreational boaters, including safety programs. She also works with tribal and nontribal fishermen on seafood quality and marketing efforts. She has a B.S. degree in anthropology from the UW, has lived part-time on Dabob Bay since 1997, and enjoys crabbing, shrimping, and harvesting clams and oysters there. 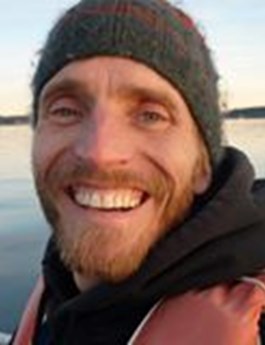 Neil Harrington has been an Environmental Biologist at the Jamestown S’Klallam Tribe since 2012. During this time he has been focused on the interaction between nutrients and harmful algal blooms, outreach and education and salmon restoration project effectiveness monitoring. He has over 14 years of experience working on water quality, habitat, shellfish and salmon restoration projects on the North Olympic Peninsula. He holds a Master of Science in B

Jackie Gardner is a graduate of the WSU Beach Naturalists Class of 2014, and been a Shore Steward for many years.  She started as an MRC volunteer, helping with the Olympia oyster restoration in Discovery Bay and forage fish monitoring at Fort Townsend State Park.  She and her husband collect water samples in Discovery Bay for NOAA’s Sound Toxins project and in Fisherman Harbor for the WA Department of Health.  As a shoreline property owner on Hood Canal, she is particularly interested in practices and circumstances that impact this fragile resource. Their forested land is FSC certified (Forest Stewardship Council), and they use every opportunity to learn how to be better stewards of their land and shoreline. 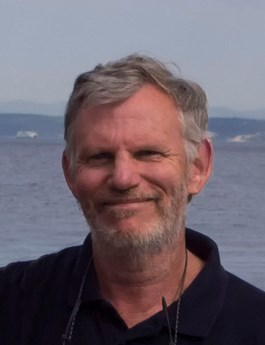 Jeff Taylor is a retired engineer who spent most of his career designing custom integrated circuits for medical products and super computers. From 2007-2012, he and his wife served as volunteer forest stewards in Redmond, WA, organizing work parties to remove invasive plants, plant native trees and restore a neighborhood greenbelt. They retired in 2012, moved to Port Townsend and began volunteering with the North Olympic Salmon Coalition, counting Chum and Coho on Chimacum Creek and serving on the NOSC board. As a scuba diver and body surfer, sea kayaker, windsurfer, and now a shoreline property owner, he thinks it is time to give back to the marine environment that has given him so much.

I’ve lived in Jefferson County for the past 5 years. This is a special place for me. It’s a very unique marine ecosystem at the confluence of the Strait of Juan de Fuca and Admiralty Inlet to the Puget Sound and Hood Canal. I’m an avid diver and fisherman. I’ve  also worked in the marine environmental science field here, getting to know the shoreline and underwater habitats very well. I hope my experiences in marine science as well as my knowledge of the local marine species and habitats will contribute to the work of the MRC.

I work as the Washington Department of Fish and Wildlife Area Habitat Biologist for North Kitsap County and Bainbridge Island areas, just on the other side of the Hood Canal Bridge. I enjoy the ever-evolving challenges that comes with my regulatory role. The marine environmental issues I deal with in my work area are similar and related to those in Jefferson County. I have a MS in Biology with Oceanography emphasis, and a BS in Marine Science and Biology. 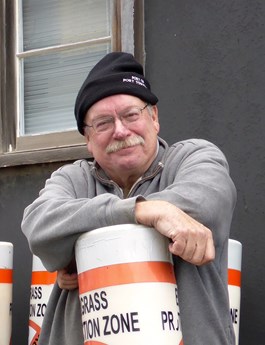 Emily graduated with a B.S. in Marine Biology from the University of Rhode Island in 2015. As an intern with the Northwest Straits Commission (funded through a NOAA scholarship program) she developed a boat-based protocol for surveying bull kelp now adopted by all of the MRCs as a monitoring tool for tracking kelp populations in Puget Sound.

Frank moved to Jefferson County in 2015 and took the WSU Extension’s Watershed Stewardship and Beach Naturalist courses, where he learned about the MRC and other environmental nonprofits. His career was business-oriented, ranging from directing economic research for a large corporation to advising technology-based startups on strategic business plans, market analysis and financing. With a passion for marine biology (and a second Master’s degree in Marine Biology from Occidental College, Los Angeles) Frank also served on the volunteer Boards of the Cabrillo Marine Aquarium in Los Angeles, CA for many years and the Port Townsend Marine Science Center (PTMSC) Board of Directors for several years. He volunteers locally for the PTMSC’s Sound Toxins, Marine Mammal Stranding Network and Harbor Porpoise study programs.

I moved from Seattle to Port Townsend in 2015 in pursuit of a lifestyle enriched by the numerous recreational opportunities made available by plentiful access to the beaches and trails around Jefferson County.  I’m a fish biologist and angler passionate about the protection and conservation of Puget Sound’s marine resources.  With a seat on the MRC, I am joining a team of people who are actively working to ensure that a healthy marine environment can be enjoyed for generations to come.

Originating from New Hampshire, I headed west 25 years ago with a degree in Environmental Science and Marine Biology to join the effort to save the salmon. Since then I’ve conducted fisheries research throughout the Pacific Northwest from Oregon to Alaska.   As a biologist with WDFW, my primary role is conducting aerial surveys of clam harvesters on Puget Sound tidelands and data analysis with ArcGIS.  I also perform surveys of herring spawn deposition, clam and oyster biomass, crab and shrimp test fisheries and plankton tows.