In 2015-2016, the Northwest Straits Foundation, Jefferson County Marine Resources Committee (MRC) and Washington State Parks partnered to restore nearshore habitat and improve beach access at Fort Townsend State Park along the base of a feeder bluff on the southwest shore of Port Townsend Bay. The project restored natural feeder bluff processes and beach habitat for shorebirds, forage fish and other marine animals. It was completed in October 2016 with the installation of two beautiful interpretive signs designed by artist Larry Eifert. 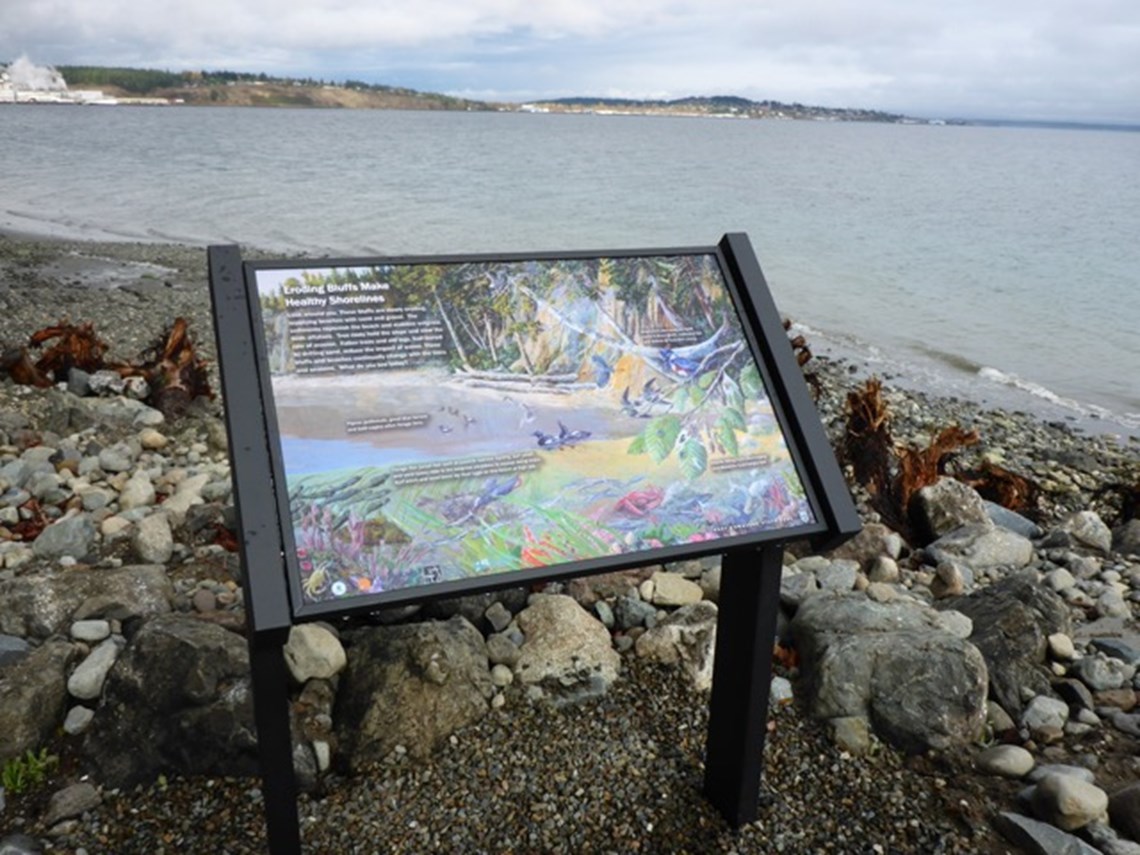 The project restored natural sediment transport along and across the shoreline, improving habitat for juvenile salmon, forage fish spawning, marine and shore birds while improving public access to the beach. Jefferson MRC has monitoring the site for presence of forage fish spawning every winter since restoration, confirming that Pacific sand lance and surf smelt, two important species of forage fish, use this beach as spawning habitat. WDFW has been collecting data to document other restoration benefits at this site and others in the region, with a summary report published in spring 2019.  The Jefferson MRC continues to work with the Point No Point Treaty Council on post-construction forage fish spawner surveys for 5 years following restoration.

Why this project? Fort Townsend was originally established as a military installation in the 1850s. The trail to the beach, dock and landing can be seen in old photos from 1885. We now know that bulkheads and landings often bury the beach in the tidal range used by forage fish for spawning; disrupt movement of sand along the shoreline ("shoreline drift"); and disconnect natural interactions between native vegetation and beach. 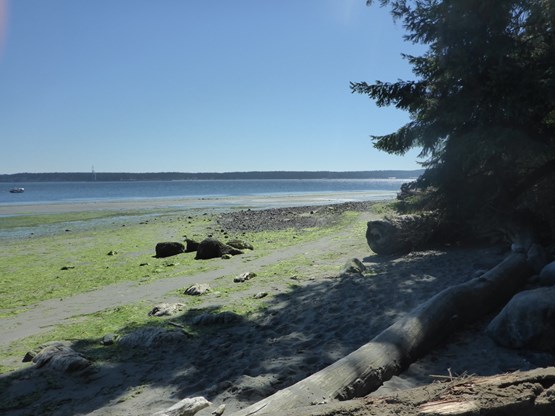 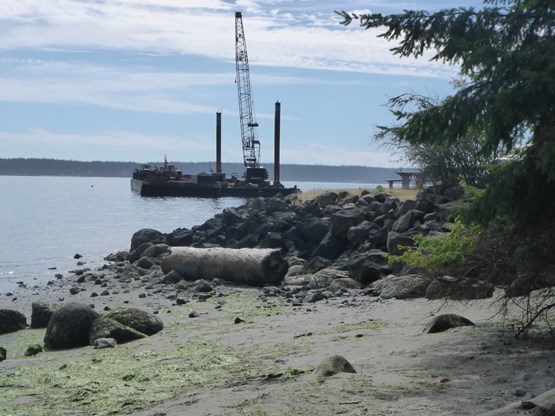 Over 1700 cubic yards of fill and rock were removed. The project significantly reduced the size, scale, and impact of the fill pad area. Most of the rock armoring and fill was removed and an easier public access route was added on the north side of the remaining smaller landing. Large woody debris mixed with the riprap on the new edge of the remaining landing will help disperse wave energy, provide potential habitat for small invertebrates and substrate for native beach grasses. The project added more and better spawning habitat for both sand lance and surf smelt as well as marine invertebrates that are food for shorebirds.

Come experience it for yourself the next time you are at Fort Townsend State Park. From here, almost four miles of quiet, beautiful, bluff-backed beach await you.

The Northwest Straits Foundation managed the project, partnering with WA State Parks and the Jefferson MRC. This restoration project was funded by the Puget Sound Marine & Nearshore Grant program, which is a partnership program of the WA Departments of Fish and Wildlife (DFW) and Natural Resources and the WA Estuary Salmon Restoration Program (ESRP), using funds from U.S. Environmental Protection Agency to protect and restore habitat and ecosystem functions.