Bull kelp (Nereocystis luetkeana) forests provide critical habitat and food to a variety of species in Puget Sound.  Anecdotal evidence indicates significant declines in kelp abundance in some parts of the Puget Sound, compelling assessment of kelp abundance and distribution for science-based decision-making on how to manage this resource.

The Jefferson MRC has been participating in a regional bull kelp monitoring effort coordinated by the Northwest Straits Commission (NWSC) since 2014. For lovely videos and a story map, go to the Northwest Straits Kelp Project here.  Since 2014, Jefferson MRC volunteers conducted monthly kayak-based surveys each summer to determine if the size and health of the large bull kelp bed off North Beach County Park was stable, growing or shrinking over time. Kelp data collected by all seven MRCs can be viewed on the SoundIQ map. This citizen science project is in partnership with Washington Dept of Natural Resources, which is studying changes in kelp beds throughout Puget Sound. 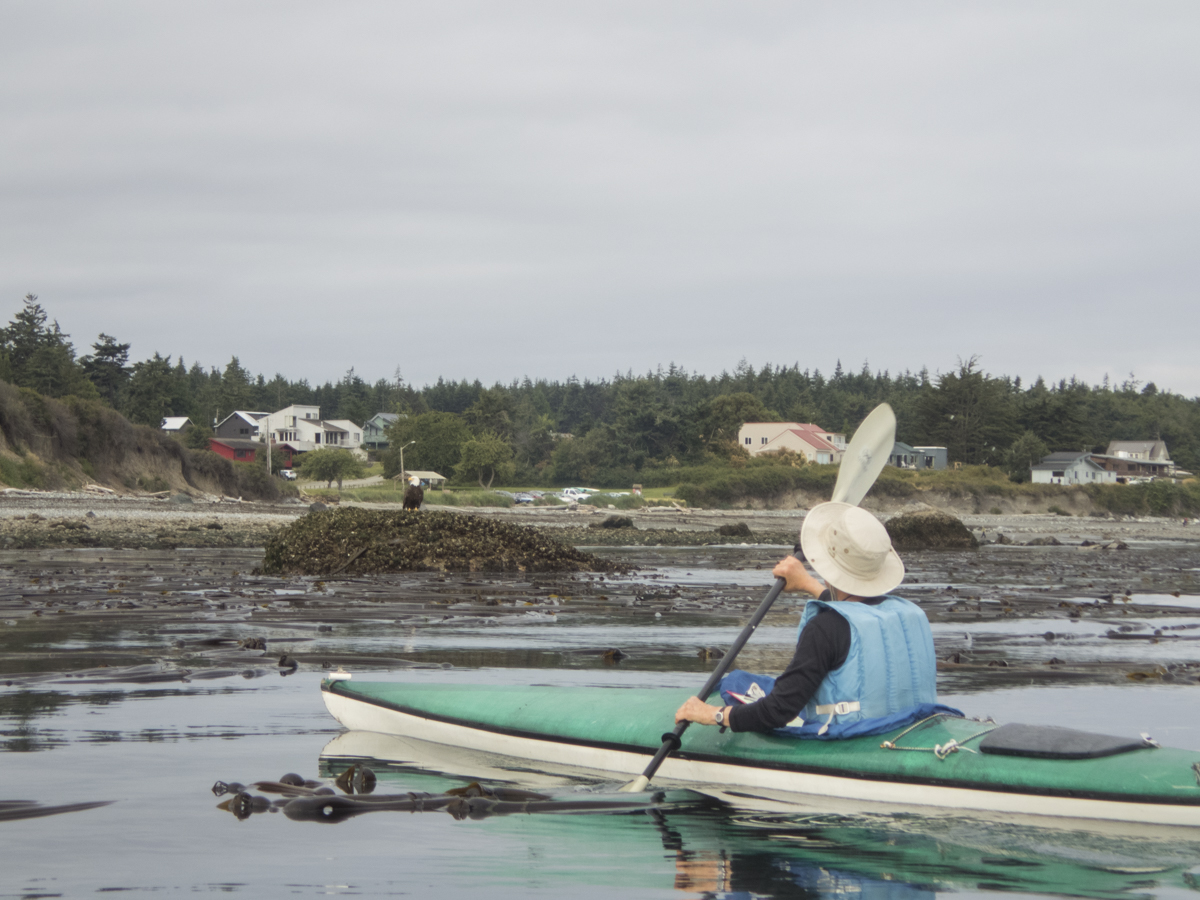